Hello, and welcome to the first review post of 2015. There’s a lot of variety in this month’s post, but I’ll let you get on with reading the actual reviews now.
END_OF_DOCUMENT_TOKEN_TO_BE_REPLACED

Poets Of The Fall released their new album on Spotify today and I’ve been listening to it on repeat at my work placement. It certainly made the time pass while I was scanning piles of files.
http://open.spotify.com/album/10cDB4ljhFyKkOIhQX9e95

END_OF_DOCUMENT_TOKEN_TO_BE_REPLACED

I’ve got a few book reviews and a couple of album reviews too for you all today, loyal readers.

END_OF_DOCUMENT_TOKEN_TO_BE_REPLACED 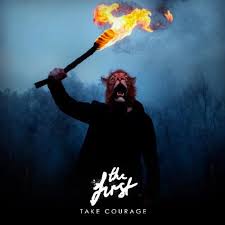 The last time I posted I wrote about another band that had followed me on Twitter and mentioned they had a new album out today. While I was scrolling through Twitter this morning I saw a tweet from the band and thought I’d see if I could find the album on Spotify.

I was in luck.

END_OF_DOCUMENT_TOKEN_TO_BE_REPLACED

Last evening my brother-in-law asked whether I’d heard the new Avenged Sevenfold album. When I told him I hadn’t had a chance yet he recommended I listen to it when I had the chance. I had that chance this morning (Spotify/internet connection – same old story). My bro-in-law described some of the songs as being a bit like Metallica, some a bit like Iron Maiden. He also thought the title track ‘Hail to the King’ was the weakest of the lot. I had heard ‘Hail to the King’ on Kerrang! and was quite impressed by it. If it was the weakest, I said, then the rest must be quite something.

END_OF_DOCUMENT_TOKEN_TO_BE_REPLACED

On release day (in the UK)!

END_OF_DOCUMENT_TOKEN_TO_BE_REPLACED

I absolutely loved ‘God is Dead?’ when it was released earlier this year, and I’d hoped the rest of the album would be as good.

Some of it is.

Songs that stand out on first listen are the opener ‘End of the Beginning’, ‘God is Dead?’ (obviously), ‘Dear Father’, ‘Methademia’ and ‘Pariah’.
Listening to the album a second time, I found that ‘Loner’ grew on me. The other 5 songs didn’t make on impression on me either way (I’m not including Dirty Woman – only the new songs).

Overall the album is good, sounds like early Sabbath (as was intended) and has all the hallmarks of their style. Ozzy still has the most distinctive voice around; Tony Iommi’s riffs and the layered guitars are perfection. Geezer is still Geezer. Age and sickness has done nothing to dim their genius.

I know some people aren’t happy because Bill Ward isn’t a part of this album, but to be blunt, it doesn’t matter. Brad Wilk is an excellent drummer and a good fit for the band.

Mr Ward refused to sign contracts, Mr Iommi didn’t know how long he’d be able to work for and cut negotiations off so that they could get on and make the album. They got another drummer. Simple. The album that resulted is good. It’s really nothing to do with the fans and what they want; only what the band want and need.

Black Sabbath are currently touring and will be performing in the UK in December. I hope to see them in Sheffield, if I can get a ticket and the weekend off work.

Blame Kerrang! for me me reviewing this album. I’d never heard of Airbourne or listened to any of their music until now. I probably wouldn’t have bothered except that there was an interview with the singer, Joel O’Keeffe in a recent issue of Kerrang! (01 June 2013, Issue 1468) and I thought I’d have a listen.

‘Black Dog’ is a metaphor and euphemism for depression, most famously used by Winston Churchill, and the use of it in this album’s title suggests that the band are addressing personal problems. That ignores the rest of the album title. Together they describe the songs and overall feel of the album. It is confrontational, rather than confessional. The band have used their own personal ‘black dogs’ to fuel creativity and produced an upbeat, even fun, album.

It reminds me of Bon Jovi (don’t get mad, I mean lyrically) but heavier. Does that make any sense? They aren’t saying anything new or profound, but they’re saying it with passion. I like this album and I’ll probably try to see them play at Download*.

I am listening to this album this morning, I’ll tell you what I think later.