The completely updated story of Carry On, Britain’s largest film franchise, all the way from the gentle capers of the 1950s, through the raucous golden age of the 1960s, to its struggles in the years that followed.

It all seemed effortless, but exclusive interviews with the series’ remaining stars including Bernard Cribbins, Angela Douglas and Kenneth Cope shed new light on just how much talent and hard work went into creating the laughs. For the first time, the loved ones of some of the franchise’s biggest names – on and off screen – share their personal memories from this unique era.

Was Carry On really as sexist, racist and bigoted as critics claim? Three of the films’ female stars explain why they never felt remotely exploited, plus we take a fresh look at some of the series’ biggest titles and discover that, in reality, they were far more progressive than their detractors would have you believe.

Finally, with constant talk about new films, fresh productions and tantalising speculation about a brand new era of Carry On, we ask – does this unique series still have legs?

Thanks to the publisher for sending me a copy of this book. It came with my latest box of books from Pen & Sword. I have always enjoyed the Carry On… films, they are a fond memory from my childhood, where we collected the VHS tapes and then the DVDs. I still have the DVDs but got rid of my tapes when I moved out in 2014. I have always been fascinated by the personalities behind the films, especially the ensemble cast of the 60s who come to mind when I think about the films. I’ve been re-watching the films lately. They’re a nostalgic blanket on a wet Sunday afternoon.

I can also quote quite a few lines from most of the films.

This book is an overview of the films, the cast and crew, going from the earliest film, Carry On Sergeant, to the final film, Carry On Columbus. Over the series the films poked gentle fun at institutions, cracked jokes and threw out double entendre all over the place. Unfortunately, by the late seventies, they struggled to cope with changing social mores and the attempts at keeping up with the times fell flat.

Frost writes from a position of fondness and the author clearly enjoyed interviewing as many people as she could who had been involved, and using the auto/biographies of those she could not, to give a positive view of the films. However, she doesn’t give us many details of the actual production process, and she gets repetitive at times. We hear time and time again how much the cast enjoyed filming, and how it was ‘just like going back to school’ every time they went back to Pinewood Studios. It also gets a bit ‘Great British Humour’ at times, all a bit jingoistic.

I found the discussion of criticism of the films interesting. Certainly the sort of stuff they got away with wouldn’t happen now, such as the black face used in Carry On…Khyber and …Up The Jungle. The roles for women could be a bit limited, although as the author points out, many of the women characters were strong, determined women. Carry on Cabby is a fantastic early example. However, the cheap jokes at the expense of women’s appearances is galling, and actually contributed to Joan Sims’ possible Binge Eating Disorder. I thought that Frost’s attitude to the criticism of what she and others refer to as ‘Woke’ and ‘PC’ critics is a bit hypocritical. People have made valid points about the films and the attitudes they display, and you have to be a very canny viewer to realise there’s a bit more going on.

There is a discussion of the likelihood of new Carry Ons…end the book; there are some deluded people out there that think it could happen. I’m sorry, but times and humour have changed. The films are a snap-shot of a time and place, a period of social change that is reflected in the attitudes of the films and the tension between the past and present in the 1960s and early 1970s. The films also worked because they had an ensemble cast of comedic actors. As we saw with the rebooted ‘St. Trinians’ films, what worked in 1960 doesn’t work in the 2000s; social mores and humour have changed, and there is a dearth of the sorts of comedic actors who would be willing to work as part of an ensemble cast, or with the training on stage, TV and film that the cast had.

Over all, it’s okay, but could be better.

In Ancient Rome all the best stories have one thing in common – murder. Romulus killed Remus to found the city; Caesar was assassinated to save the Republic. Caligula was butchered in the theatre, Claudius was poisoned at dinner and Galba was beheaded in the forum. In one fifty-year period, twenty-six emperors were murdered.

But what did killing mean in a city where gladiators fought to the death to sate a crowd? Emma Southon examines real-life homicides from Roman history to explore how perpetrator, victim and the act itself were regarded by ordinary people. Inside Ancient Rome’s unique culture of crime and punishment, we see how the Romans viewed life, death, and what it means to be human.

END_OF_DOCUMENT_TOKEN_TO_BE_REPLACED

John Morgan was born in the UK in 1938 and qualified there as a chartered surveyor.

He moved to Zurich for three years in 1969 to work for a US conglomerate.

He then moved to Germany, where he eventually established a successful property consultancy firm together with a Dutch partner, selling this in due course to a German bank.

John has a German wife and four sons and now lives in retirement on Lake Constance. Having dual nationality and conversing today mostly in German, he is now uncertain whether he is British or German!

Information about the Book

END_OF_DOCUMENT_TOKEN_TO_BE_REPLACED

The laughter continues to flow in Gina Kirkham’s brilliant sequel to the wonderful Handcuffs, Truncheon and a Polyester Thong.

Our hapless heroine Constable Mavis Upton is preparing to step down the aisle with her fiancé Joe, but has to deal with her temperamental teen daughter, as well as investigate a serial flasher on a push bike. Throw a diva drag queen into the mix and readers can expect the usual hilarious Mavis mishaps that made the first book such a hit.

Revel in Gina Kirkham’s humorous, poignant and moving stories of an everyday girl who one day followed a dream.

END_OF_DOCUMENT_TOKEN_TO_BE_REPLACED

Patrick Phelan is an ageing artist who has never made it big but who somehow manages to live on air in a North London suburb.

When not running art classes for amateurs, Patrick wrestles in the shed at the bottom of his garden with his life’s work: a series of visionary canvases of The Seven Seals.

When his wheeler-dealer son Marty turns up with a commission from a rich client for some copies of paintings by modern masters, Phelan reluctantly agrees; it means money for his ex-wife Moira. However the deal with Marty is, typically, not what it seems.

What follows is a complex chain of events involving fakery, fraud, kidnapping, murder, the Russian Mafia and a cast of dubious art world characters. A contemporary spin on Joyce Cary’s classic satire The Horse’s Mouth, The Horse’s Arse by Laura Gascoigne is a crime thriller-cum-comic-fable that poses the serious question: where does art go from here?

END_OF_DOCUMENT_TOKEN_TO_BE_REPLACED 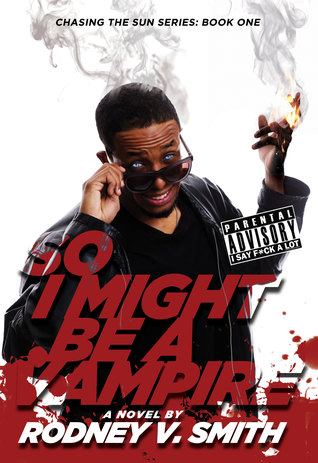 Nobody expects to get turned into a vampire, especially a guy like Bob. Everybody hopes that if they somehow get transformed into a vampire, they will instantly become some kind of superhero vampire out of the movies. Bad news guys: not gonna happen. More likely than not, you’re gonna be one of the poor clueless bastards hanging out on Thursday nights with Bob in his vampire support group.

You may think you know what being a vampire is supposed to be like, but Bob is here to set you straight. He’s made it his personal mission to get answers about the reality of being a vampire. He’s been shot, stabbed, thrown off rooftops, survived bad coffee and endured crippling boredom – all in the name of answering the eternal question of what it means to be a vampire.

If you think you might be a vampire, this is the book for you.

END_OF_DOCUMENT_TOKEN_TO_BE_REPLACED

A very enjoyable way to spend an afternoon. I picked the book up to get it read, expecting that it might take me a few days as some of my review books do, and couldn’t put it down for several hours. It put me in mind of Jasper Fforde’s Thursday Next books, the humour and absurdity is on a similar level. I recommend it if you enjoy those books.

From the 20th century to the Old West, from the Age of Enlightenment to the Dark Ages, from ancient cultures all the way back to the dawn of time,Strange History is overflowing with mysterious artifacts, macabre legends, kooky inventions, reality-challenged rulers, boneheaded blunders, and mind-blowing facts. Read about…*The curse of Macbeth*Stupid history: Hollywood style*The secret LSD experiments of the 1960s*In search of the lost “Cloud People” of Peru*The Swedish queen who declared war on fleas*Unearthing the past with the Outhouse Detectives*The Apollo astronaut who swears he saw a UFO*How to brew a batch of 5,000-year-old beer*The brutal bloodbaths at Rome’s Coliseum*Ghostly soup from ancient China*The bathroom of the 1970sAnd much, much more

Honestly, if this was supposed to be a humorous look at history I was only mildly amused. I only laughed a couple of times in the whole book. It’s a book that is part of a series covering strange facts. I can’t say I’d buy any of them if this one was an example.

There were errors, most obviously the whole section on Easter, which aggravated me particularly because every year someone spouts the bunnies and Eostre nonsense (there are no surviving myths) claiming it’s all ancient mythology and then I have to hit them with a copy of Ecclesiastical History (The Venerable Bede) and again with Teutonic Mythology  (The Grimms), until they shut up. A book claiming to be about (the funny side of) history needs to be better than rehashing debunked rubbish. I may be being picky, but referring to the English and Welshmen who made up the armies of the Hundred Year’s War as ‘British’ is a misnomer; until about 150 years ago ‘Britain’ and ‘British’ referred to pre-Roman  people or the island specifically. The British didn’t fight the French during the Hundred Year’s War, the English did, and the Welsh were recruited for their bows. There was some pretty complex politics involved.

And Joan of Arc heard voices because she was eating rye bread infected with ergot.
*bashes head against wall*

I’m sorry, I hadn’t realised how much this book irritated me. I like funny history books, the world can be a funny place amd history more so because the past is so alien, but funny, accurate history is preferred, at least by me.

Not recommended, although if you want a mildly amusing time when you defecate, this might do the job. I can think of better bog reading though.

All Muck And Mullets
Samantha Nash

END_OF_DOCUMENT_TOKEN_TO_BE_REPLACED

And I returneth with a small number of book reviews. I hadn’t planned to post this set of reviews yet but I managed to read two fairly long books yesterday and thought it would be sensible to post them rather than waiting ten days.
END_OF_DOCUMENT_TOKEN_TO_BE_REPLACED