The swans on the pond, quite abruptly began to sing. It was a singing so loud they were almost screaming. The swans were screaming, screaming as if they saw the horror of the world.

Gudbjorg Thorisdottir has been hiding from the ghost of an ugly secret for most of her life. When she finally faces the truth of what happened throughout her childhood, the ghost floats away. Painting an evocative picture of her life in Iceland, this is the story of a little girl who didn’t know how unnatural it was to experience both heaven and hell in the same house.

Thora Karitas Arnadottir (b. 1979) studied drama in the UK, and is a producer as well as appearing on stage and television. And the Swans Began to Sing is her first published book; her mother’s story, and formed the final dissertation for her MA in Creative Writing. The book was nominated for the Icelandic Women’s Literary prize Fjoruverdlaunin in 2016.

END_OF_DOCUMENT_TOKEN_TO_BE_REPLACED

Yes, it makes sense, parse it out and you’ll get the title.

Anyway, postie has just dropped these two treats through my door. The Robert Thorogood is a post-Christmas treat, and Michelle Campbell’s She was the quiet one is booked in for January. 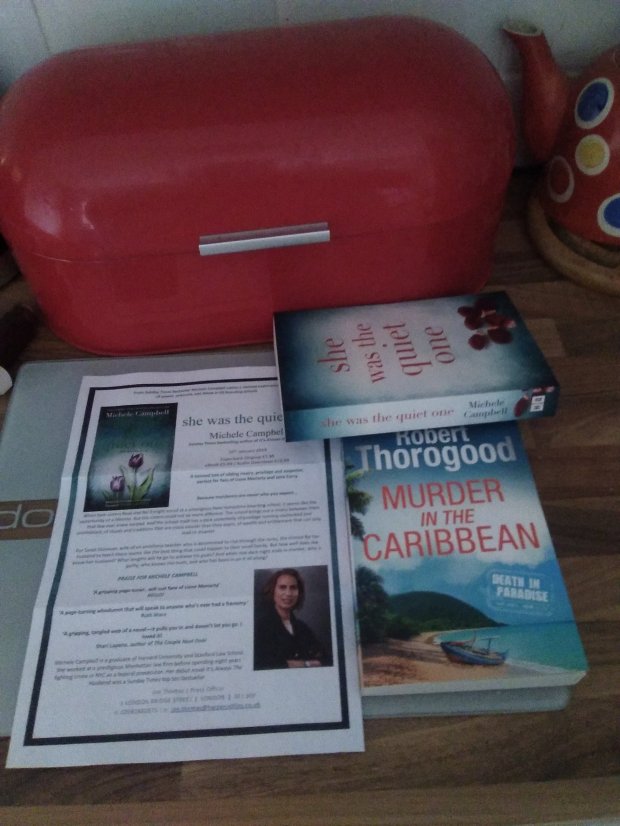 Now I really am out of book shelf space! 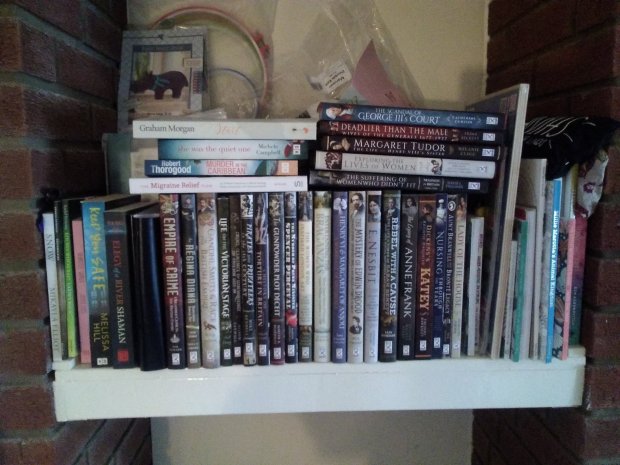 I’m dying to get started on these but I already have two of the books they sent in the last month on the go, plus my scheduled review posts.

Jane Hewitt had been miraculously healed—cured of a terminal cancer that had been eating away at her body for months. After one meeting with an incredible young woman, Jane rose from her wheelchair and walked out, believing that her lifetime of devoted faith had been rewarded.

The next day, Jane died in her husband’s arms, devastated that her God had deserted her. Her husband, Ian, blames her hastened death on the faith healer she visited. But that faith healer is a teenage girl called Megan, who has been in a coma for five years, and has no say over how her gift is used.

When Ian is arrested after being accused of breaking in to Megan’s house and trying to tamper with her life support, he turns to the only person he knows can help clear his name, and stop this family deceiving any other victims—Dr Alex Ripley, the so called Miracle Detective.

Fascinated by Megan’s case, and needing a distraction, Ripley finds herself on Holy Island, off the coast of North Wales, caught up in an investigation that will prove more sinister and dangerous than she could have imagined. Ian is not the first person to complain about Megan and her supporters, but he seems to be the only one left alive. For now.

A Hollow Sky is the second Alex Ripley Mystery

END_OF_DOCUMENT_TOKEN_TO_BE_REPLACED 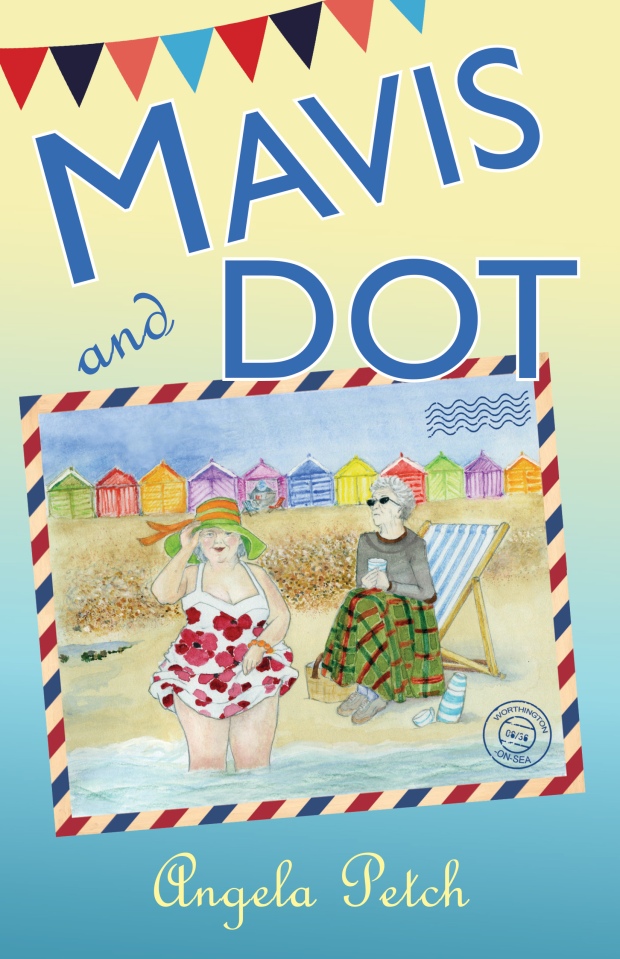 A warm slice of life, funny, feel-good, yet poignant. Introducing two eccentric ladies who form an unlikely friendship.Meet Mavis and Dot – two colourful, retired ladies who live in Worthington-on-Sea, where there are charity shops galore. Apart from bargain hunting, they manage to tangle themselves in escapades involving illegal immigrants, night clubs, nude modelling, errant toupees and more. And then there’s Mal, the lovable dog who nobody else wants. A gently humorous, often side-splitting, heart-warming snapshot of two memorable characters with past secrets and passions. Escape for a couple of hours into this snapshot of a faded, British seaside town. You’ll laugh and cry but probably laugh more.”This book is quirky and individual, and has great pathos…[it] will resonate with a lot of readers.” Gill Kaye – Editor of Ingenu(e). Written with a light touch in memory of a dear friend who passed away from ovarian cancer, Angela Petch’s seaside tale is a departure from her successful Tuscan novels.

All profits from the sale of the books will go towards research into the cure for cancer.

END_OF_DOCUMENT_TOKEN_TO_BE_REPLACED

She is the most prolific children’s author in history, but Enid Blyton is also the most controversial. A remarkable woman who wrote hundreds of books in a career spanning forty years, even her razor sharp mind could never have predicted her enormous global audience. Now, fifty years after her death, Enid remains a phenomenon, with sales outstripping every rival.

Parents and teachers lobbied against Enid’s books, complaining they were simplistic, repetitive and littered with sexist and snobbish undertones. Blatant racist slurs were particularly shockingly; foreign and working class characters were treated with a distain that horrifies modern readers. But regardless of the criticism, Enid worked until she could not physically write another word, famously producing thousands of words a day hunched over her manual typewriter.

She imaged a more innocent world, where children roamed unsupervised, and problems were solved with midnight feasts or glorious picnics with lashings of ginger beer. Smugglers, thieves, spies and kidnappers were thwarted by fearless gangs who easily outwitted the police, while popular schoolgirls scored winning goals in nail-biting lacrosse matches.

Enid carefully crafted her public image to ensure her fans only knew of this sunny persona, but behind the scenes, she weaved elaborate stories to conceal infidelities, betrayals and unconventional friendships, lied about her childhood and never fully recovered from her parent’s marriage collapsing. She grew up convinced that her beloved father abandoned her for someone he loved more, and few could ever measure up to her impossible standards.

A complex and immature woman, Enid was plagued by insecurities and haunted by a dark past. She was prone to bursts of furious temper, yet was a shrewd businesswoman years ahead of her time. She may not have been particularly likeable, and her stories infuriatingly unimaginative, but she left a vast literary legacy to generations of children.

END_OF_DOCUMENT_TOKEN_TO_BE_REPLACED

Earlier in the month I took part in the blog blitz for the author’s first novel, ‘The Cookoo Wood‘, and now I’m taking part in the blog tour for his second novel, ‘A Hollow Sky’. My review post will be up on the 25th. 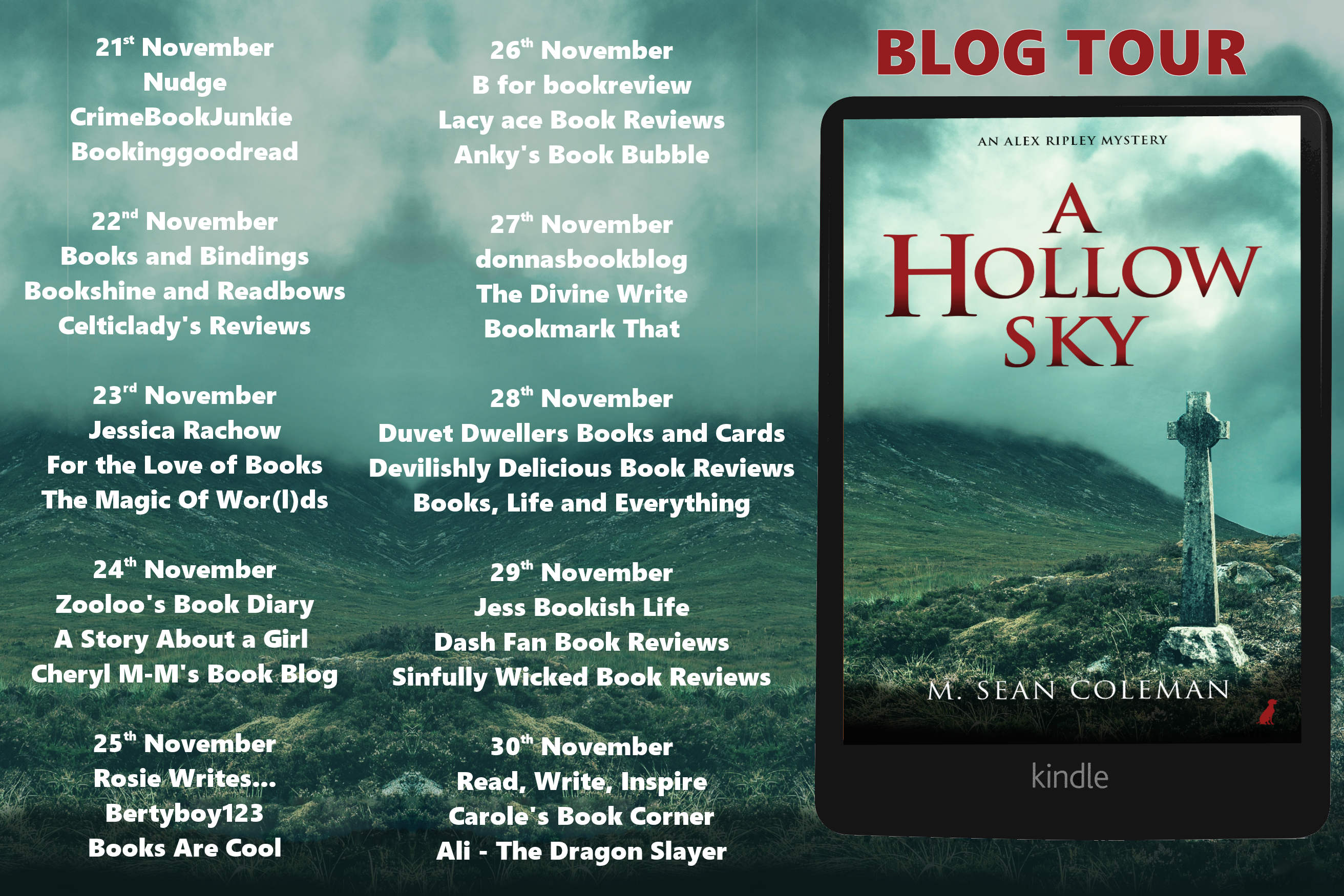 I had planned to review this novel for the blog but I wasn’t well so I ad to turn the post into a spotlight post instead.

Whitechapel is being gentrified. The many green spaces of the area, which typify London as a capital city, give the illusion of peace, tranquility and clean air but are also places to find drug dealers, sexual encounters and murder.

Detective Sergeant Julie Lukula doesn’t dislike Inspector Matthew Merry but he has hardly set the world of the Murder Investigation Team East alight. And, it looks as if the inspector is already putting the death of the young female jogger, found in the park with her head bashed in, down to a mugging gone wrong. The victim deserves more. However, the inspector isn’t ruling anything out – the evidence will, eventually, lead him to an answer. 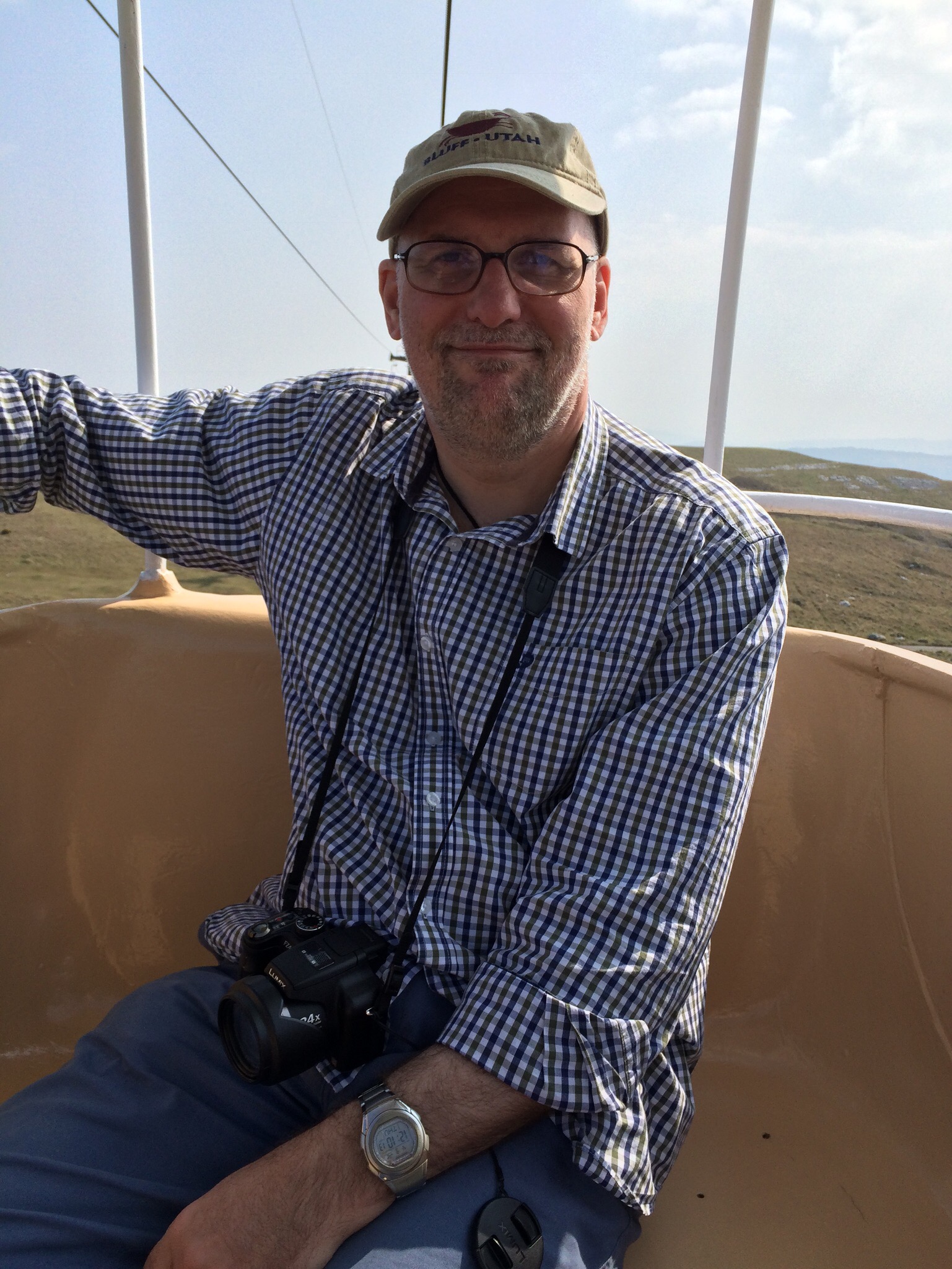 Born in the mid-fifties in East London, on part of the largest council estate ever built. I was the first pupil from my local secondary modern school to attend university.

I have travelled extensively during my life from America to Tibet. I enjoy going to the theatre, reading and going to the pub. It is, perhaps, no surprise that I am an avid ‘people watcher’ and love to find out about people, their lives, culture and history.

Many of the occurrences recounted and the characters found in my novels are based on real incidents and people I have come across. Although I have allowed myself a wide degree of poetic licence in writing about the main characters, their motivations and the killings that are depicted. 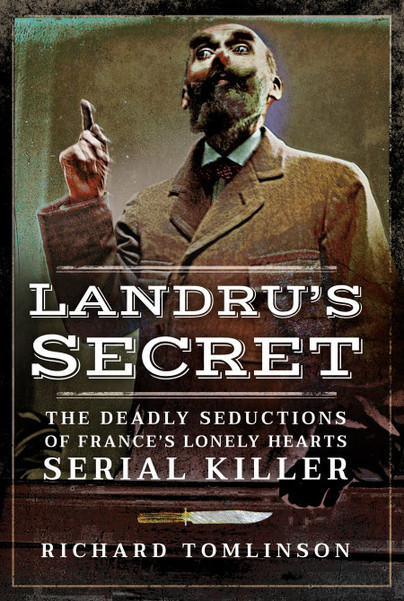