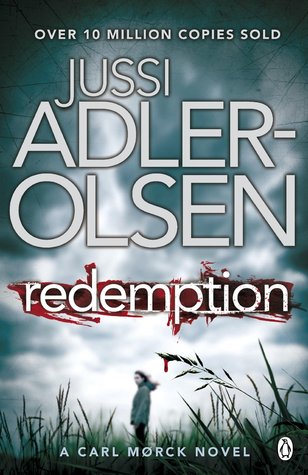 Originally published in Danish as

Detective Carl Mørck holds in his hands a bottle that contains old and decayed message, written in blood. It is a cry for help from two young brothers, tied and bound in a boathouse by the sea. Could it be real? Who are these boys, and why weren’t they reported missing? Could they possibly still be alive?

Carl’s investigation will force him to cross paths with a woman stuck in a desperate marriage- her husband refuses to tell her where he goes, what he does, how long he will be away. For days on end she waits, and when he returns she must endure his wants, his moods, his threats. But enough is enough. She will find out the truth, no matter the cost to her husband—or to herself.

I got this one from the second hand book and watch repair stall in Lincoln Central Market. Not bad for two quid. And a week later I got my watch battery replaced there, for £4.95. Lovely people, I recommend a visit if you’re in Lincoln.

I haven’t read any other books by Adler-Olsen and jumping into the Carl Morck novels at book three was probably not the best idea. I was a bit confused by the characters at first but after a few chapters it started to make sense.

The plot is simple: a serial killer is targeting religious communities in Denmark, kidnapping two children, demanding a ransom and then returning one child and killing the other. Carl and his team get a message in a bottle from one of the victims and eventually track down his brother, the survivor. The killer has targeted another family, and kidnapped two children. The family, and a deceived ex-lover of the killer decide to take matters into their own hands and track him down. Meanwhile, Mia, the wife of the killer discovers something about his past and suffers terrible consequences when she tries to escape her abusive marriage.

This was a very complex, novel, but the different tracks were easy to follow. I found myself rooting for Mia, Laura and Rachel, and frustrated with Carl. He just wanted to sleep in his office and be left alone. His encounters with the psychiatrists were interesting, and when he wasn’t chasing flies and napping, he is a miserable old git who happens to be a very good detective. Assad is an intriguing character, I really want to know what’s going on with him. Rose is delightfully dippy, although Yrsa was better at the job.