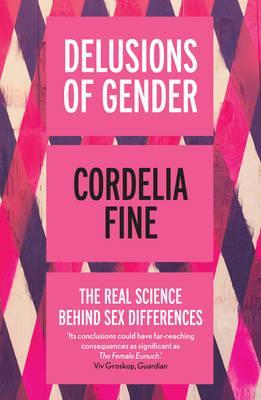 A vehement attack on the latest pseudo-scientific claims about the differences between the sexes. Sex discrimination is supposedly a distant memory. Yet popular books, magazines and even scientific articles increasingly defend inequalities by citing immutable biological differences between the male and female brain. That’s the reason, we’re told, that there are so few women in science and engineering, so few men in the laundry room – different brains are just better suited to different things. Drawing on the latest research in developmental psychology, neuroscience, and social psychology, Delusions of Gender powerfully rebuts these claims, showing how old myths, dressed up in new scientific finery, are helping perpetuate the sexist status quo. Cordelia Fine, ‘a cognitive neuroscientist with a sharp sense of humour and an intelligent sense of reality’ (The Times) reveals the mind’s remarkable plasticity, shows how profoundly culture influences the way we think about ourselves and, ultimately, exposes just how much of what we consider ‘hardwired’ is actually malleable.

I ordered this edition because you can get her other two books Testosterone Rex and A Mind of Its Own in matching covers, and I think they’d look rather good on my shelves, so there *sticks tongue out, blows raspberries*.

An excellent introduction to the problem of trying to find sex differences with neuroscience. Despite efforts by some individuals to shore up their misogyny with neuroscience, Fine demolishes their arguments by taking a close look at the studies and reporting back in an accessible manner the actual findings of studies, along with any short comings and possible biases. There are so many, and they’ve found their way into popular science books and articles. And she’s very funny with it.

She goes on to cover childhood and gendered behaviour. Surprise, surprise, if children see mummy doing all the housework and childcare, they believe mummies are meant to do all the housework. And wear pink. I hate pink. Kids are sponges, even if you try to block out gender roles in your own household they’ll pick it up from the telly and playgroup. And then reinforce them to others.

This book is easy to read and backs up it’s claims with references.

Totally recommend this one.