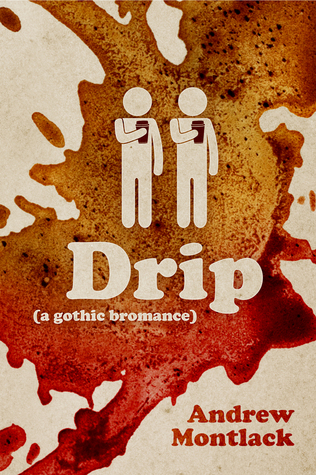 “A hand wearing a fancy watch parted the office blinds, and J.D. felt nauseous with despair: suddenly he knew—even though he could not explain how—that all of his mojo had been permanently taken away.”

J.D. and George: thick as thieves since the fourth grade. J.D., the troublemaker, the stud: the alpha. George, the sidekick, the misfit: the loser. Upon graduating college, J.D. has convinced the only job creator in rusty Middlestop to hire them. BrewCorp, the hot new coffee and retail chain, is offering a vice presidency to the employee with the boldest plan for growth, and J.D. is determined to be the guy. When not sleeping with co-workers, he hatches his pitch for a one-of-a kind data pipeline. He is unbeatable–until George grabs the promotion. Now J.D. wants answers. His quest to find them—and to deal with the monstrous truth—is the subject of indie filmmaker Andrew Montlack’s wry debut novel, which features the same biting satire that made his mockumentary, The Devil’s Filmmaker, a cult classic.

Took me a bit to get into, and at first I couldn’t understand the ‘gothic’ part of the title, but then, of course I got the reason.

It’s an unusual vampire tale, set in the corporate world, of two friends. George is hopeless, JD is charismatic. Where George trips and falls through life, JD dances and laughs and gets his own way. Friends from a young age, the pair finally graduate from university and get jobs at BrewCorp, the latest business to set up in their small, dying town.

When George wangles the job of junior executive, JD is jealous – HE was going to get that position. George starts to change, and much to his chagrin, JD loses his mojo. Secrets about BrewCorp and its real purpose start to leak though, as the project that got them their positions comes to fruition.

I liked this story, eventually. It took a bit of getting into and JD, the main character, was a bit of a prick. The writing felt pompous but as with JD’s character, that gets better as the novel goes on and I certainly enjoyed the second half as the ‘gothic’ part in the novel became clearer.

Could have done with a bit of editing for spelling towards the last few chapters, even allowing for dodgy US spelling conventions. Story instead of storey is just about acceptable, souls when the word is clearly meant to be soles is not.