Timothy Bateson is a sci-fi and fantasy author originally from the UK but now transplanted to the US. He’s hosting an ‘Author Spotlight’ post about me today. To coincide with this event I’ve put Hidden Fire on sale for 99p for the Kindle book. If you haven’t read it already take a peek today while it’s half price.

There’s a Facebook group called Book Connectors, run by Anne Cater, that I’m a part of. Anne occasionally sends me books to review for blog tours.

END_OF_DOCUMENT_TOKEN_TO_BE_REPLACED

Have I mentioned I like to listen to podcasts while I write? I probably have. I thought I’d tell you about another one I enjoy. I was listening to the Standard Issue Magazine podcast and they interviewed Rachel Fairburn and Kiri Pritchard – McLean, who present comedy/true crime podcast ‘All Killa, No Filla’ after their Edinburgh Fringe show. I had to look for their Facebook page to find a link to their actual podcasts. I found it eventually, here.

There are episodes going back two years, so I’ll be kept entertained for some time. Right, time to get back to Charley’s War. We’re getting to the turning point in the plot now.

Maladies and Medicine offers a lively exploration of health and medical cures in early modern England. The introduction sets out the background in which the body was understood, covering the theory of the four humours and the ways that male and female bodies were conceptualised. It also explains the hierarchy of healers from university trained physicians, to the itinerant women healers who travelled the country offering cures based on inherited knowledge of homemade remedies. It covers the print explosion of medical health guides, which began to appear in the sixteenth century from more academic medical text books to cheap almanacs.

The book has twenty chapters covering attitudes towards, and explanations of some of, the most common diseases and medical conditions in the period and the ways people understood them, along with the steps people took to get better. It explores the body from head to toe, from migraines to gout. It was an era when tooth cavities were thought to be caused by tiny worms and smallpox by an inflammation of the blood, and cures ranged from herbal potions, cooling cordials, blistering the skin, and of course letting blood.

Case studies and personal anecdotes taken from doctors notes, personal journals, diaries, letters and even court records show the reactions of individuals to their illnesses and treatments, bringing the reader into close proximity with people who lived around 400 years ago. This fascinating and richly illustrated study will appeal to anyone curious about the history of the body and the way our ancestors lived.

END_OF_DOCUMENT_TOKEN_TO_BE_REPLACED

We are pitted against an industrial industry which fabricates our dreams for us and insinuates them through our culture and our language. How can we dream when our vocabulary of symbols has only the nuance of newspeak? These are spectres of desire and though marked for sale, remain unattainable.
–Peter Grey, Apocalyptic Witchcraft

“But what if God himself can be simulated, that is to say can be reduced to signs that constitute faith? Then the whole system becomes weightless, it is no longer anything but a gigantic simulacrum – not unreal, but simulacrum, that is to say never exchanged for the real, but exchanged for itself, in an uninterrupted circuit without reference or circumference.”

ONE: CIRCLES FOR THE STONE

Fast past villages with both English and Welsh names he drove us. She sat between us. I tried on her hat. It amused me. It amused…

On the 28th Timothy Bateson is hosting an Author Spotlight for me on his blog. He shared his application form on Book Connectors so I thought I’d apply and he got back to me to say he’d post it on 28th August, so I’m chuffed. Hopefully it’ll generate some interest in Hidden Fire.

And to round off my posts for the Clink Street Publishing Summer Blogival 2017, I present to you, an extract from Goldsmith Jones. Enjoy! 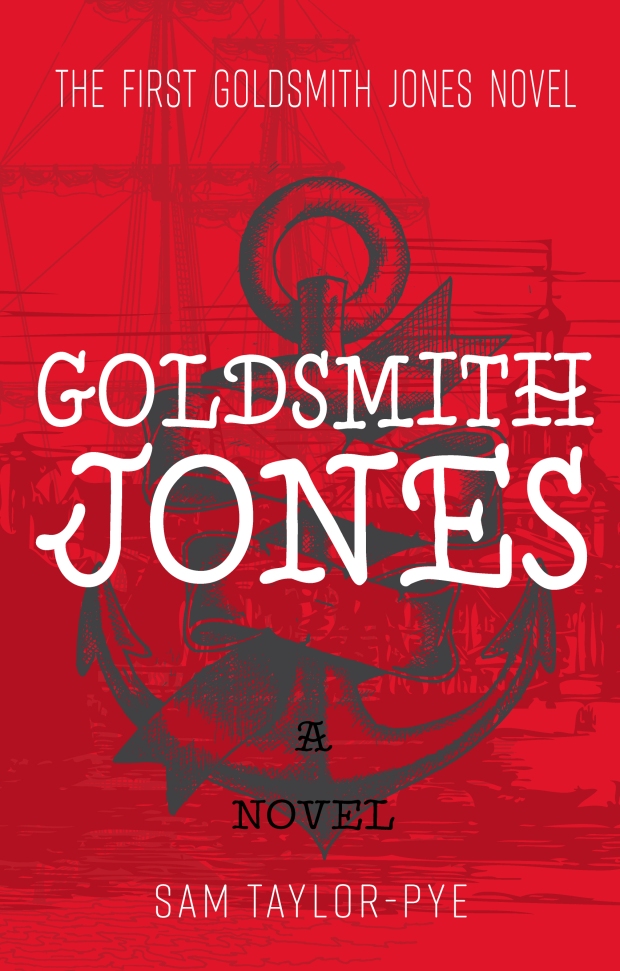 END_OF_DOCUMENT_TOKEN_TO_BE_REPLACED

After reviewing Goldsmith Jones, I’d like to introduce you to the author, Sam Taylor-Pye.

END_OF_DOCUMENT_TOKEN_TO_BE_REPLACED

Fourteen-year-old Goldsmith Jones is left stranded in crime-ridden, gangland territory. He finds himself living at The Shades, a home to local street kids. While selling sexual favours down the Dead Man’s Alley to survive, Jones is charmed by a seaman he knows as Sweet Virginia. Moving further away from the relative security that The Shades and his best friend, Raccoon, offered him, Jones is drawn ever closer to the manipulative Sweet Virginia. When Raccoon falls gravely ill and is taken to convalesce on the rural Rancheria, Jones is left under the controlling powers of the unscrupulous navvy. Swindled and wrongly accused, he is unexpectedly rescued by the leader of the villainous Suarez Brothers, the charismatic Saul. Faced with a choice between becoming Saul’s ‘little brother’ and saving Sweet Virginia’s life, Goldsmith Jones must embark on a dangerous journey which will change his young life forever.

Sam Taylor-Pye grew up on the border between Washington state and British Columbia, Canada

and currently lives in Kent in the UK. She received her BA from the Open University, and has an MA in Creative Writing. This is her first published novel.

END_OF_DOCUMENT_TOKEN_TO_BE_REPLACED

Obviously, everyone has heard by now. The BBC and Amazon are producing a mini series of ‘Good Omens’, based on Neil Gaiman and Terry Pratchett’s book of the same name. The cast has been announced; Martin Sheen and David Tennent have taken the roles of, respectively, the slightly fussy angel Aziraphale  and the lazy demon Crowley (architect of the M25) who’d rather the world didn’t end. After the first series of the adaptation of ‘American Gods’, I have high hopes for ‘Good Omens’.