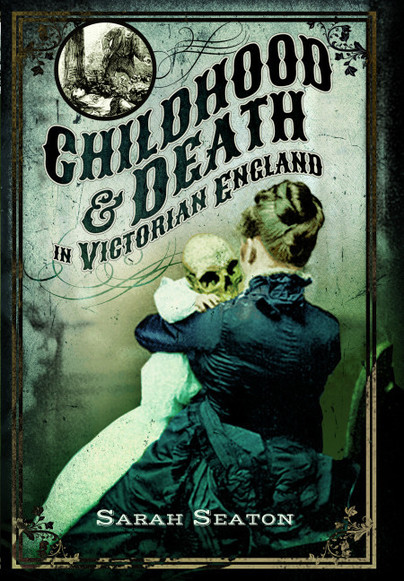 In this fascinating book, the reader is taken on a journey of real life accounts of Victorian children, how they lived, worked, played and ultimately died. Many of these stories have remained hidden for over 100 years. They are now unearthed to reveal the hardship and cruel conditions experienced by many youngsters, such as a travelling fair child, an apprentice at sea and a trapper. The lives of the children of prostitutes, servant girls, debutantes and married women all intermingle, unified by one common factor – death. Drawing on actual instances of Infanticide and baby farming the reader is taken into a world of unmarried mothers, whose shame at being pregnant drove them to carry out horrendous crimes yet walk free from court, without consequence. For others, they were not so lucky. The Victorian children in this publication lived in the rapidly changing world of the Industrial Revolution. With the introduction of the New Poor Law in 1834 the future for some pauper children changed – but not for the better. Studies have also unearthed a religious sect known as the ‘Peculiar People’ and gives an insight into their beliefs. This book is not recommended for those easily offended as it does contain graphic descriptions of some child murders, although not intended to glorify the tragedies, they were necessary to inform the reader of the horrific extent that some killers went to. This book will appeal to anyone with an interest in the social history of the Victorian period.

This was a good overview of the difficulties and trials of Victorian childhood. Generally focusing on the working classes, because poverty and working in dangerous jobs were a leading cause of death for children, this book covers everything from industrial accidents to infanticide, accidental death by wallpaper to child abuse by step-parents. There are also a couple of ‘gruesome murders’ that were splashed across Victorian newspapers, notably the ‘Illustrated Police News’.

While it does occasionally feel like a gazetteer of deaths, the author does explore the social conditions surrounding a lot of the deaths in various spheres. I wouldn’t recommend it for the faint of stomach, but if you’re interested in Victorian social history it’s certainly an important addition to any collection.