Yesterday was our last life-writing workshop; I think I’m beginning to get there, and so is everyone else. I’ve made a few changes to my piece and now I’m working through my essay. It’s about half written.

It was a quiet day other than that. I drank a couple of cups of chai latte, had a natter with people before the workshop, nothing exciting happened. I cried a bit during the readings, but then I’ve been a little low and emotional this past week or so. I’m feeling better now and I have a few more ideas for my essay, so I’ll probably work on it tomorrow afternoon.

Next half-term we will be studying ghost stories and have to write one as an assignment. I’m listening to ‘Turn of the Screw’, and I have a few other books to read, including M.R. James’ ghost stories, and a book about critical approached to ghost stories. 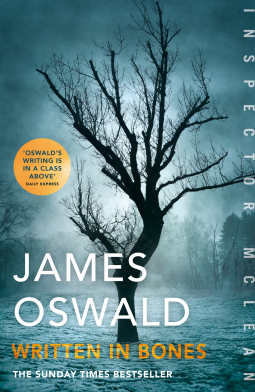 When a body is found in a tree in The Meadows, Edinburgh’s scenic parkland, the forensics suggest the corpse has fallen from a great height.

Detective Inspector Tony McLean wonders whether it was an accident, or a murder designed to send a chilling message?

The dead man had led quite a life: a disgraced ex-cop turned criminal kingpin who reinvented himself as a celebrated philanthropist.

As McLean traces the victim’s journey, it takes him back to Edinburgh’s past, and through its underworld – crossing paths with some of its most dangerous and most vulnerable people.And waiting at the end of it all, is the truth behind a crime that cuts to the very heart of the city . . .

Inspector McLean is back in the next gripping instalment in James Oswald’s bestselling crime series.

END_OF_DOCUMENT_TOKEN_TO_BE_REPLACED

Please go and read her blog.

Inspired my my dear friend Ali over at Mean Fat Girl, I want to expand upon her post That Thing Thin People Do. The thing is, we see you, thin people. You think you’re being OH SO SUBTLE in your little judgements and smirks and insincerity towards us, but there’s one thing I can promise […]

via You Are Not Subtle With Your Hate — Fat Heffalump

Yes, it’s the weekly update about my MA adventures.

I have my results back for the assignments I handed in at the beginning of term. For my radio drama I got 73% and a suggestion that I might consider writing radio drama for my dissertation. Another tutor suggested I’d have got a higher mark with a less restrictive subject, but I enjoyed it, It’s easy writing stories based on reality because once I get all the character traits and background detail, and the timeline sorted out in my head I can just fit it all together. END_OF_DOCUMENT_TOKEN_TO_BE_REPLACED

If you read my blog post from last week, you’ll know we had the pleasure of a visit from journalist, translator and crime writer Quentin Bates. Quentin has written four novels (in paperback and ebook format) and three novellas (available as ebooks only) featuring the character Officer Gunnhildur. Details are available on his website: http://graskeggur.com/

I have, and recommend the novella Winterlude. Last week Quentin kindly gave out copies of his books, and of books by Ragnar Jonasson that he had translated; I got my hands on a copy of his most recent book, Thin Ice, published by Constable (an imprit of Little, Brown Book Group) in March 2016.

END_OF_DOCUMENT_TOKEN_TO_BE_REPLACED 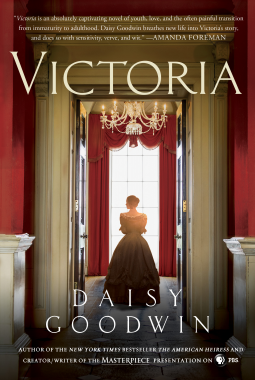 “They think I am still a little girl who is not capable of being a Queen.”

Lord Melbourne turned to look at Victoria. “They are mistaken. I have not known you long, but I observe in you a natural dignity that cannot be learnt. To me, ma’am, you are every inch a Queen.”

In 1837, less than a month after her eighteenth birthday, Alexandrina Victoria – sheltered, small in stature, and female – became Queen of Great Britain and Ireland. Many thought it was preposterous: Alexandrina — Drina to her family — had always been tightly controlled by her mother and her household, and was surely too unprepossessing to hold the throne. Yet from the moment William IV died, the young Queen startled everyone: abandoning her hated first name in favor of Victoria; insisting, for the first time in her life, on sleeping in a room apart from her mother; resolute about meeting with her ministers alone.

One of those ministers, Lord Melbourne, became Victoria’s private secretary. Perhaps he might have become more than that, except everyone argued she was destined to marry her cousin, Prince Albert of Saxe-Coburg and Gotha. But Victoria had met Albert as a child and found him stiff and critical: surely the last man she would want for a husband….

Drawing on Victoria’s diaries as well as her own brilliant gifts for history and drama, Daisy Goodwin, author of the bestselling novels The American Heiress and The Fortune Hunter as well as creator and writer of the new PBS/Masterpiece drama Victoria, brings the young queen even more richly to life in this magnificent novel.

Biography in novel form. Not half bad either. The development of Victoria during her first few years as queen is developed and explored in a sympathetic manner and with skillful storytelling. Occasionally the biography breaks through the novelisation and it becomes very obvious that the author is dumping information rather than telling the story, but it only happens three or four times and barely detracts from the flow at all.

Definitely one for fans of Victorian history and Queen Vicky herself.

If you’re in the UK the Woodland Trust, based in Grantham, Linconshire, but with woodlands all around the the country, are offering free tree seed packs to people.

They hope to increase the tree cover in the UK from the current 13% by planting 64,000,000 trees by 2025. I encourage my readers in the UK to join in if you have the space or could plant tree somewhere unofficial. I have ordered my pack of seeds – they contain rowan, dog rose, alder buckthorn and holly seeds in compost ready to germinate. These trees provide food and shelter to many birds and small animals, and make a reasonable hedge. I plan to document the progress of growth and hopefully planting.

I know, I know, I’m not keeping this blog as up to date as I should. I was distracted by university and reading, lots of reading. END_OF_DOCUMENT_TOKEN_TO_BE_REPLACED