Interesting day today; we actually started and finished the morning workshop on time. We had a bit of a mixed session, giving feedback on submitted work, content about writing short stories was delivered and then we had a discussion about the business side of  writing – agents, editor, that sort of thing.

END_OF_DOCUMENT_TOKEN_TO_BE_REPLACED

Joy Wood is a local author, a nurse in Grimsby, that I met at a local authors event at Grimsby Central Library in the summer. What with Paris, university and being under the weather, it’s taken me a while to get her book read, but this afternoon I felt the need to read a paper book, so I picked up ‘For the love of Emily’ and got back into it. END_OF_DOCUMENT_TOKEN_TO_BE_REPLACED

I’ve been doing a bit of light reading lately, with two true crime books from WildBlue Press. Netgalley provided them in return for an honest review. 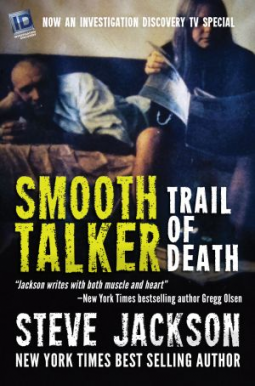 One morning in July 1974, Anita Andrews, the owner and bartender at Fagiani’s Cocktail Lounge in Napa, California was found dead in her bar–raped, beaten, and stabbed to death in a bloody frenzy. She’d last been seen alive the night before talking to a drifter who sat at the end of the bar, playing cards and flirting with her. But the stranger, along with Anita’s Cadillac, had disappeared. Unable to locate a suspect, police investigators sadly watched the case grow cold over the years.

Meanwhile a month after Anita’s murder, young Michele Wallace, was driving down a road in the mountains near Crested Butte, Colorado, when she gave two stranded motorists, Chuck Matthews and a man named Roy, a ride. Dropping Matthews off at a bar in Gunnison, she agreed to take “Roy” to his truck. She was never seen alive again, nor could a massive search of the mountains locate her remains. The trail leading to her killer also ran into deadends.

Fourteen years later, Charlotte Sauerwin, engaged to be married, met a smooth-talking man at a Laundromat in Livingston Parish, Louisiana. The next evening, her body was found in the woods; she’d been raped, tortured, and her throat slashed. The police suspected her fiance, Vince LeJeune, though he proclaimed his innocence to anyone who would listen. Meanwhile, the man from the Laundromat couldn’t be located.

The three murders would remain unsolved, eating at the hearts, minds and lives of the women’s families, friends and communities. Then in the early 1990s, a rookie Gunnison County sheriff’s investigator named Kathy Young began looking into the Wallace case and identified a suspect named Roy Melanson, a serial rapist from Texas. It would lead her and other investigators looking into murders and rapes in other states to a serial killer who struck again and again with seeming impunity. SMOOTH TALKER is the story of Melanson, his depredations, and the intrepid police work that went into bringing him to justice not just in Colorado, but California and Louisiana.

Absolutely absorbing narrative of the case and the police work tracking down the killer, as technology improved and new cases came up or cold cases were reviewed. The book was fairly well-written although the narrative felt a bit disorganised at times. It wasn’t confusing as such, but it did mean keeping track of multiple investigation narratives at once. 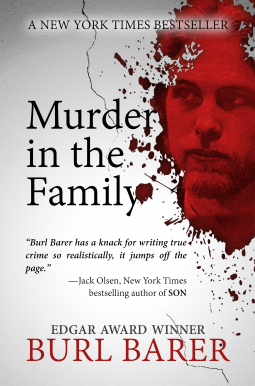 On March 15th, 1987 police in Anchorage, Alaska arrived at a horrific scene of carnage. In a modest downtown apartment, they found Nancy Newman’s brutally beaten corpse sprawled across her bed. In other rooms were the bodies of her eight-year-old daughter, Melissa, and her three-year-old, Angie, whose throat was slit from ear to ear. Both Nancy and Melissa had been sexually assaulted.

After an intense investigation, the police narrowed the principle suspect down to 23-year-old Kirby Anthoney a troubled drifter who had turned to his uncle, Nancy’s husband John, for help and a place to stay. Little did John know that the nephew he took in was a murderous sociopath capable of slaughtering his beloved family.

This true story, shocking and tragic, stunned Anchorage’s residents and motivated the Major Crimes Unit of the Anchorage Police Department to do everything right in their investigation. Feeling the heat as the police built their case, Kirby bolted for the Canadian border. But the cops were on to him. First they hunted him down; then the cops and a tenacious prosecutor began their long, bitter battle to convict him up against an equally tough defense lawyer, as well as the egomaniacal defendant himself. This shocking tale reached its climax in a controversial trial where for the first time an FBI profiler was allowed to testify and the controversial, pre-DNA science of allotyping was presented to a jury. But justice would not be served until after the psychopathic Kirby Anthoney took the stand in his own defense – and showed the world the monster he truly was.

MURDER IN THE FAMILY became an instant New York Times Bestseller when it was first released in 2000. Barer has updated the eBook version of this classic true crime tale of horror.

This is a fascinating case of a true psychopath, and although the details of the crime are hard to read and including the murderer’s rambling monologues slows the later stages of the book down. – at that point I just wanted him to be put away and to know that he’ll never get out again – it was well written but there were some irritating spelling errors that threw me out of the narrative at times, especially when I had to parse the meaning of the sentence. 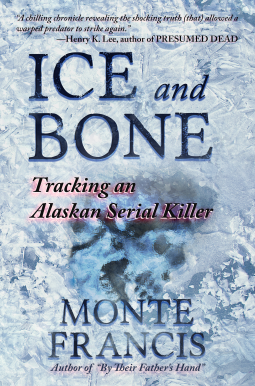 END_OF_DOCUMENT_TOKEN_TO_BE_REPLACED

Book received from publisher in return for an honest review.

END_OF_DOCUMENT_TOKEN_TO_BE_REPLACED 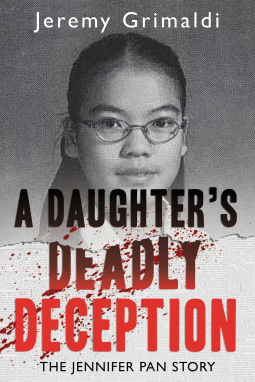 END_OF_DOCUMENT_TOKEN_TO_BE_REPLACED

Poetry is over and I had to hand in my assignment. This was daunting, it’s been a long time since I’ve had to do something like that.

The tutor has taken them home today to mark over the weekend. I really hope I’ve got a reasonable mark. Most of my class mates like my poem. Someone called my reflexive piece ‘very intellectual’. I can’t help it. How else was I supposed to say ‘it just happens’ for a 1000 words?

END_OF_DOCUMENT_TOKEN_TO_BE_REPLACED

We sincerely thank everyone who gets vaccinated for the ‘flu and who doesn’t cough their cold viruses at us. Tissues at the ready, if you please.

Morning all. I couldn’t sleep so I got up. I have to leave to catch the bus in 75 minutes to get to uni for the day. I’ve got my first assignment to hand in and I need to hand in my financial assistance request form. I’m also coughing nicely. It’s this cold, it won’t go away. I also had my flu jab last Friday; the swelling on my arm has finally gone down.

END_OF_DOCUMENT_TOKEN_TO_BE_REPLACED

Today started off spectacularly: I managed to catch the slightly earlier college bus and got to Grimsby by nine, took a stroll to the train station and didn’t feel rushed when buying the ticket and getting over to platform three. It was lovely. My plan was to get a table seat and do some writing on my way to Lincoln.

END_OF_DOCUMENT_TOKEN_TO_BE_REPLACED

And I’m not doing it this year. I want to focus on finishing my novel and editing the first two if I get the chance, plus I’m helping a friend by editing her novel and I have that MA to study for.

However, as a treat I’ve written a poem. I came up with this one early this morning, blame lack of sleep if it’s terrible.

I have questions, by Rosemarie Cawkwell

I have questions, about the universe mainly.…
I’ve always wanted to know, but no one will tell me,
If the universe is expanding, what is it expanding in to?
If I stood on the bow wave of spacetime, what would I see?
Anything? Nothing?
The Void?
What is the Void, Nothingness, Infinity?
If I stood in the Void, which isn’t possible,
I know,
And looked back at our Universe, what would I see?
A perfect sphere, uniform,
A ball of spacetime rolling through the Void,
Or a splat spreading out at different rates.
Would I see other universes rolling through the Void?
Bumping in to ours as both expand?
I have so many questions, and nobody will answer them for me.

I actually have spent at least two decades trying to work out what the universe is expanding in to and I’ve yet to get an answer from anyone. I’m reading a book at the minute called ‘The Substance of Spacetime’ (I’ll be reviewing it next week, possibly, depends on how busy I get) and I still haven’t got my answers.

Good luck to everyone doing NaNoWriMo this year, I know that some of my fellow MA students are also taking on the challenge whilst studying and I wish them all the best.