This is an interesting post calling for a bit of sense in the sales. 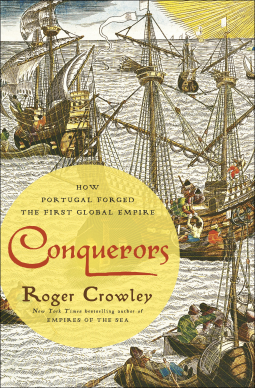 END_OF_DOCUMENT_TOKEN_TO_BE_REPLACED

I’ve been a bit quiet lately, haven’t I?

I’m trying to get as much as possible written on my novel; instead of doing NaNoWriMo this year I’m trying to complete my first draft of a novel already over 100,000 words long. I have made some progress but not as much as I would like. I have got closer to the finale and I know what changes I need to make to the original short story that acts as the last three chapters of this book. I also need to make some changes to the work I’ve done on the second book, but that’s a job for next year.

I’ve been distracted by the internet and television package I got at the beginning of the month. Yes, internet is a time-stealer, but having catch-up television and a decent digital connection is even worse (I’ve watched most episodes of series 2 of Arne Dahl and all of the ‘The Last Kingdom’ episode several times – thanks BBC iPlayer). I’ve only just joined the 21st century it seems and my brain isn’t coping well.

I’ve been working on my craft business as well, making stock and uploading it to the Listings page on Rosie’s Wonky Creations, and preparing for craft fairs etc. I have business cards for that business now, which I use as price tags at craft fairs. I’m not making any money so far, in fact it’s costing me a bit, but I’m persistent, and it gets me out of the house occasionally.

My brain is being a brat and keeps disturbing my sleep with brain chatter; it just will not shut up. I do come up with some decent ideas though so I don’t mind, except I’m exhausted all the time. My body finally won the argument last night; I went to bed at seven last night and woke up at ten this morning. For the last two hours I’ve been wide awake, busy with housework, craft business stuff and blog updates. Now I want to nap again. This isn’t good; I blame the cold virus currently infecting me.

I might go for a walk to see if that wakes me up. The dogs are still in season so they’ll have to stay home. They’re getting restless with not having a walk for so long, but they’re still indulging in their favourite hobby regularly: napping.

All the not sleeping and being tired, and having a cold, is interfering with my reading schedule as well as my writing schedule. I have some very good books to review for you all, but I haven’t had the energy. I read a bit on the bus yesterday and I’m going to try to dedicate an hour or two every day, but it all depends on my rather dodgy immune system.

I’m cold and tired, I think it might be nap time,

Source: Why Your Brain is a Total Jerk…

My brain is most definitely a total jerk, especially when I’m exhausted and it insists on chattering away all night.

I’m home from work and I’ve been able to formulate a few thoughts. I have tried not to talk about religion though, because I still need to get things sorted out in my head about that. I’m not shy about my dislike of the Abrahamic god; he’s a dick. Just because you’re god is a mass murdering wanker doesn’t mean you should be. (I came to this conclusion many years ago, after reading the Bible, rereading it last year did not change my sentiments on the subject).

Actually, scotch that, lets talk about religion then we’ll get on with the politics. The vile specimins of humanity that carried out these attacks do not represent all Muslims any more than Fundamental Protestants or conservative Catholics represent all Christians, etc. My personal opinion is that if your god condones mass murder that’s a god you should avoid. Unfortunately people draw on their beliefs to validate their hatred of others; religion cannot be taken out of the equation,  but it is more complex than religious = bad, not religious = good. Let’s not forget that this is about human beings not Europeans against Middle Eastern people, or Muslims and Christians, or secular vs. religious. People will focus on the religious element and ignore underlying causes for these atrocities, because it’s easier to say that this group or that religion are evil,than to look at the history, the reasons behind the behaviours, the contributing factors, the reason people turn to religion to justify hatred.

END_OF_DOCUMENT_TOKEN_TO_BE_REPLACED

I’m watching the news, about Paris. In a comments of a blog I read several people have mentioned other massacres yesterday, in Baghdad and Beirut;I followed up by checking the BBC website. In total, approximately 180 died and hundreds more injured yesterday – 127 in Paris, 40 in Beirut, 25 in Baghdad – there may be more deaths to be added. Daesh (IS,ISIS, ISIL) has claimed all three attacks; in the Beirut and Baghdad cases it seems there was a sectarian element, Shia areas were targeted.

And now I have to go to work.

A few links for the story:

My hell hounds have come in to season today. No walks for them for a week. We do not want puppies in this house, thank you very much. END_OF_DOCUMENT_TOKEN_TO_BE_REPLACED

Is feminism still a dirty word? We asked twenty-five of the brightest, funniest, bravest young women what being a feminist in 2015 means to them.

We hear from Laura Bates (of the Everyday Sexism Project), Reni Eddo-Lodge (award-winning journalist and author), Yas Necati (an eighteen-year-old activist), Laura Pankhurst, great-great granddaughter of Emmeline Pankhurst and an activist in her own right, comedian Sofie Hagen, engineer Naomi Mitchison and Louise O’Neill, author of the award-winning feminist Young Adult novel Only Ever Yours. Writing about a huge variety of subjects, we have Martha Mosse on how she became a feminist, Alice Stride on sexism in language, Amy Annette addressing the body politic and Samira Shackle on having her eyes opened in a hostel for survivors of acid attacks in Islamabad, while Maysa Haque thinks about the way Islam has informed her feminism and Isabel Adomakoh Young insists that women don’t have to be perfect. There are twelve other performers, politicians and writers who include Jade Anouka, Emily Benn, Abigail Matson-Phippard, Hajar Wright and Jinan Younis.

Is the word feminist still to be shunned? Is feminism still thought of as anti-men rather than pro-human? Is this generation of feminists – outspoken, funny and focused – the best we’ve had for long while? Has the internet given them a voice and power previously unknown?

Rachel Holmes’ most recent book is Eleanor Marx: A Life; Victoria Pepe is a literary scout; Amy Annette is a comedy producer currently working on festivals including Latitude; Alice Stride works for Women’s Aid and Martha Mosse is a freelance producer and artist.