Also, do bees get drunk?

Since I got my arrears payment on Monday I’ve been treating myself to all those things I’ve gone without for most of this year. I had a Chinese takeaway on Wednesday, and made it last til Thursday, because I can’t eat that much any more and I’ve got into the habit of making two meals out if one if I can.

I’ve also bought myself some DVDs, mostly secondhand (I finally got to see the first two series of Vikings!) but today I splashed out and got The Hobbit: The Battle of Five Armies [Edit 30/09/2015: they sent the wrong film! I already have Desolation of Smaug, thanks Amazon, I wanted Battle of Five Armies when it’s released in November!] and Thor: The Dark World [Edit 30/09/2015: it didn’t arrive with everything else. Tomorrow maybe?] new from amazon. I also bought three Tolkien books I wanted – The Story of Kalervo, The Monsters, The Critics and Other Essays, and Finn and Hengest. The first is a new release, and will go lovely next to ‘Beowulf‘ on my Tolkien shelf – they have similar dust jacket designs. The other two have been around a while but I’ve never had the chance to get them. They will be here at the end of the week and I shall surface from my Tolkien immersion eventually.

But that’s it, there will be no more money being spent. I want to keep a months rent and bill money in my savings just in case of an emergency, and I don’t want to touch my ESA until next month’s rent is paid. I’m so used to having to eke out my income to cover my bills and rent that I’m scared to use any of it now that I have a bit more coming in even though, theoretically I know I have enough for the bills, food and the odd treat. 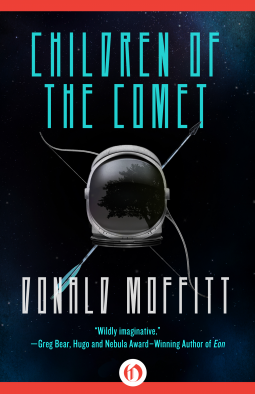 END_OF_DOCUMENT_TOKEN_TO_BE_REPLACED

And I’ve been found not fit for work. What’s more, they’ve put me in the support group, so I shouldn’t get hassled by the job center. Seven months after my initial application, and I’ve finally got my answer, it’s such a relief to know now instead of being in limbo. The constant trips to the doctors have been exhausting, I’ll only need to go when my condition worsens from now on, or for unrelated problems. I got the first notification, from the job center actually, rather than the official ESA notification letter, last Saturday. I’ve been waiting to make sure everything was confirmed before I passed on the news.
END_OF_DOCUMENT_TOKEN_TO_BE_REPLACED

A chance to win a fabric subscription from My Fabric House.

The link takes you to my crafting blog and from there to the original blog post from Very Berry Handmade. It’s a roundabout way of doing things but it was the only way I could think to share the giveaway on both blogs.

I’m feeling marginally better and have marked the end of my posting holiday by publishing a blog post on the other blog, Rosie’s Wonky Creations.

END_OF_DOCUMENT_TOKEN_TO_BE_REPLACED

Every now and then I reduce the time I spend online, for my own good. This is one of those times; usually I suspend my Facebook account and take the Twitter app off my phone, but WordPress is going too this time. END_OF_DOCUMENT_TOKEN_TO_BE_REPLACED

I’ve lived on my own for a whole year now; it has not been an easy year but I like having my own space.
END_OF_DOCUMENT_TOKEN_TO_BE_REPLACED